Trieste, Italy.
Why there? It was a very quick and spontaneous decision caused by ridiculously low fare prices (£16 return!!!!). It was March and Italy was a part of the ‘4 countries in 5 days’ plan.
But I’m gonna talk only about Trieste for now.

I spent there 2 days. I didn’t do any particular research before going there, so it was more like a whatever will catch my eye – I’ll go there.
There is not too much to say about the city. I really liked it, but I don’t think it could count as a real Italian city, as it’s just on the border and has a lot in common with Croatia and Slovenia, which are just ’round the corner’. But it may have been only my impression, as I haven’t been in any other part of Italy (yet!).

Anyway, I wasn’t very lucky when it comes to sightseeing, because the weather was horrible the first day! It was pouring down with this type of rain that makes all of your clothes wet and makes you cold from the inside, as the tiny little drops of water flying in the air get practically everywhere! So of course after finding the closest place with the real Gelato we went to explore the city.

My definitely most favourite part of the city was the tram, that was going up the hill, to take you to the sort of a view point/cliff (I don’t even know how to call it). It was a hybrid tram, because on the very steep parts of the track it is being pushed by those little cute trolleys, and it’s really fun! It’s not super fast, which is great for the people who want to look at the city.
I enjoyed the ride so much ! And used this tram again, the next day, when the weather was so much better! 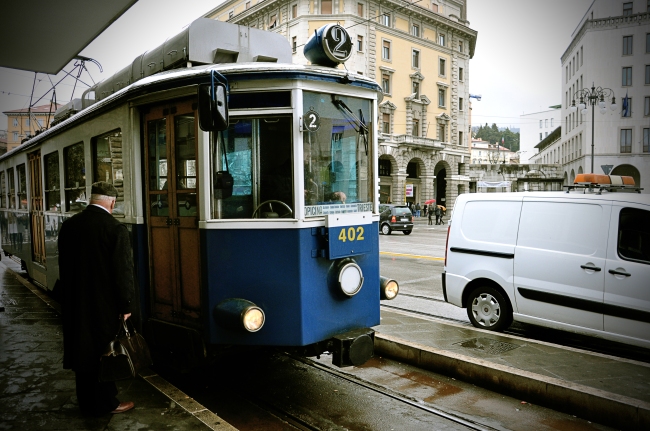 Also, there was this amazing thing, that I loved, which was the fact, that everywhere, literally everywhere – were those little coffee stations ! In every kiosk, on every tram/bus stop. And the most amazing part was to see all those businessman coming, having quick espresso, and just catching their transport! I was absolutely amazed and probably spent a fortune on those ! 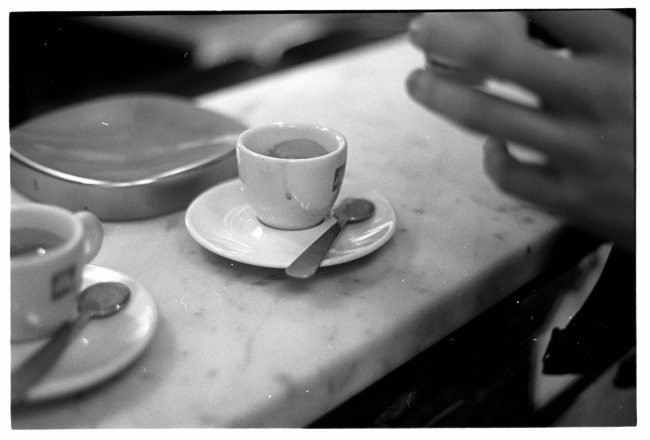 As I said, there was a lot of rain that day, so I wasn’t the happiest, as I had to literally put all of the layers of clothing that I took (of course expecting it to be tropical hot, because I’m a woman and Italy = hot hot hot! )
My face says it all ; ) 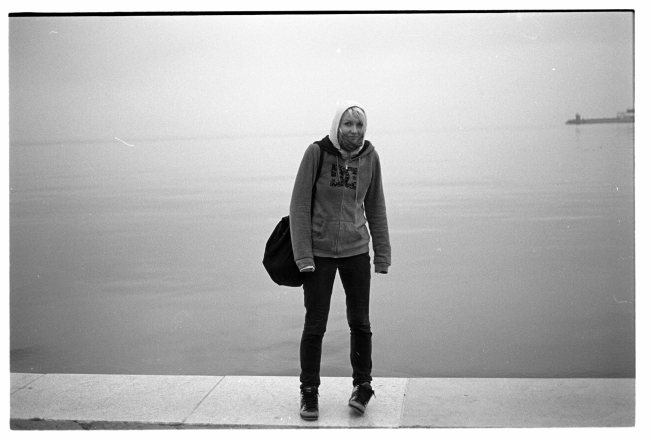 Although, the rain added a little bit of a special atmosphere to the city, so I really shouldn’t be complaining !

I will write more about Trieste maybe someday,
but I think it’s not so much left to say.
*and excuse my poor scanning skills, as the B&W photos are scans from a 35mm film